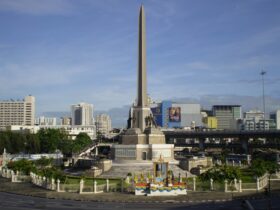 Bank of Thailand Museum is a museum located in Bangkok on Wisut Kasat Road next to Samsen Road, near the Bang Khun Phrom intersection. A highlight is the King Rama VIII Suspension Bridge.

The purpose of the museum is the preservation of coins and banknotes, which are the cultural heritage of Thailand. The museum displays Thai currency of different eras and other materials about the history of money circulation in the country. Much importance is given to the history of the Bank of Thailand.

Bank of Thailand Museum is situated in Bang Khun Phrom Palace, the former residence of King Chulalongkorn’s 33rd son Prince Paribatra Sukhumband. The palace was designed by Italian architect Mario Tamagno and built in the Baroque style. Construction of the main building began in 1901 and was completed in 1906. This was a period of the industrial revolution in design and construction methods. Brick and concrete, new for the time, were used in the construction of the palace.

The building is considered one of the most beautiful in Thailand because of its elegant exterior decoration, borrowing various Western styles. The general floor plan is typical of the Baroque period. Decorative motifs in the decoration of the rooms accentuate the finishes around the windows and lighting elements.

The entire first floor of the palace is dedicated to the history of the Thai currency, the most important element of the country’s cultural heritage. A separate hall describes the role of the Bank of Thailand.

Exposures on the second floor reveal the history of the palace of Bang Khun Phrom, highlight the life and work of Prince Baripatra Sukhumbhand, the governor of Thailand. Of particular interest are coins (I-VII centuries) of the Kingdom of Bapnom, the Kingdoms of Srivijaya (VIII-XIII centuries), Sukhothai (XIII-XIV centuries), the State of Lanna.

Unique exhibits are banknotes from the reign of King Rama IV and a document by which Queen Victoria of Great Britain presented Thailand with a printing press for producing banknotes and minting Thai coins.

The entrance to the Bank of Thailand Museum is free.

HOW TO GET TO BANK OF THAILAND MUSEUM

Bank of Thailand Museum and Library Complex with a mesmerizing view of the river. It is a very well designed, beautiful and quiet place. Good for scholars and university students.

Are you into the history of Thailand? Join an amazing Bangkok Historical Tour. Visit top destinations such as Wat Paknam, Robinson Samut Prakan, Erawan Museum, and more! Book online with a discount. 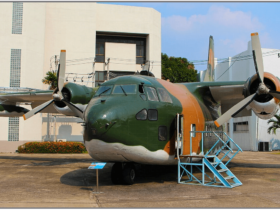 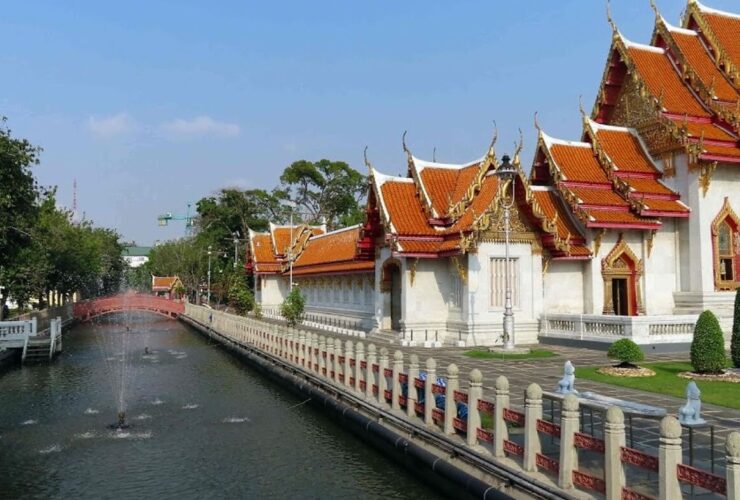 Wat Benchamabophit - The Marble Temple is a very beautiful temple in Bangkok's old town. It's shown on the back ...